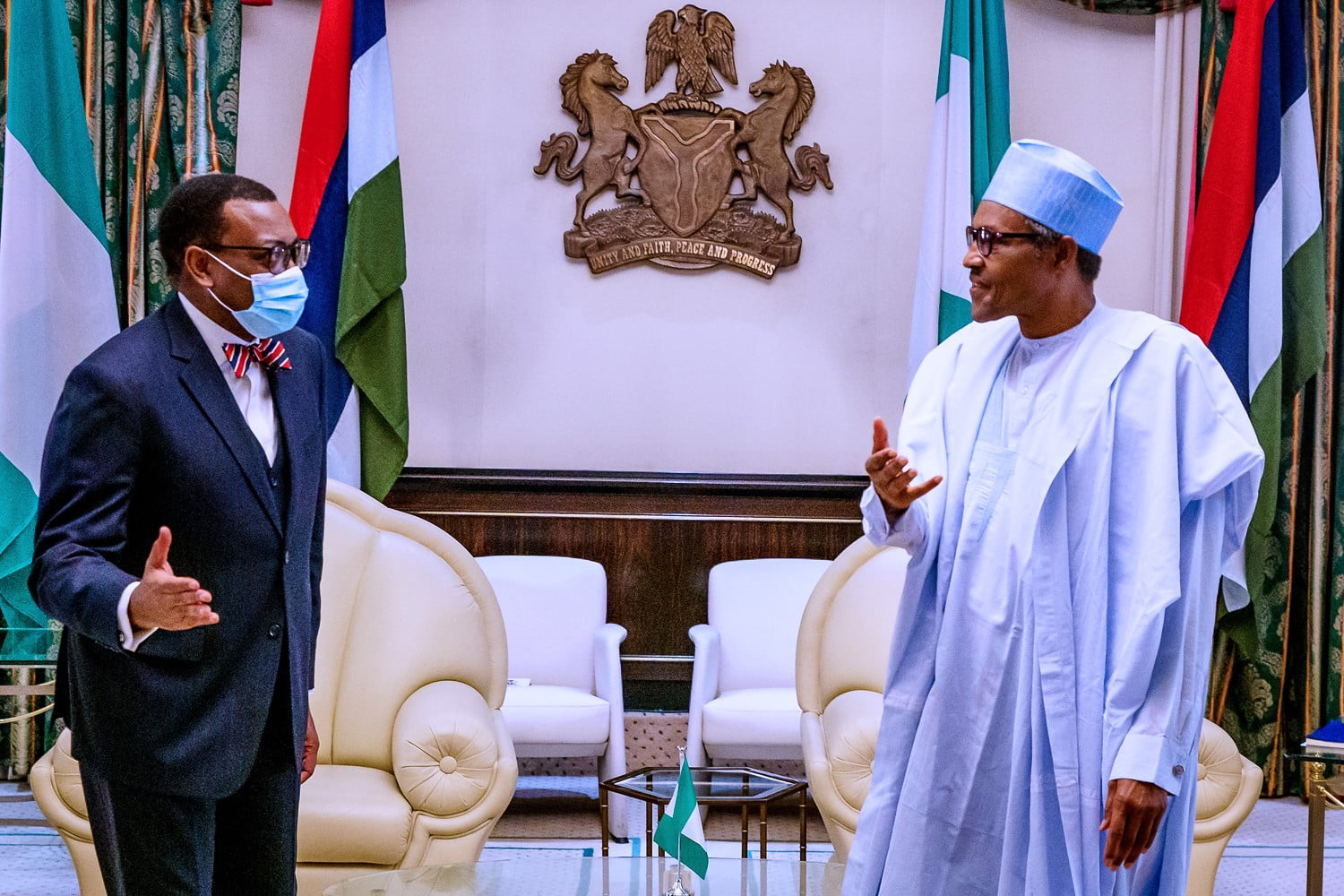 The President congratulated the AFDB boss on his second election, noting that ”Nothing succeeds like success.”

Dr Adesina had overcome stiff opposition last month to win an unprecedented 100% votes from the regionals and non-regionals that make up the Bank and was inaugurated for a second term of five years as the AfDB President on September 1.

“I have told so many people why I backed you,” President Buhari said.

“In 2015, during your first term, you were a Minister with the People’s Democratic Party (PDP) government, and I was of the All Progressives Congress (APC). But you are a good Nigerian. So I recommended you the first time. You proved to be competent, you made us proud, and I recommended you the second time.”

The President commended Dr Adesina for his support for Africa in general, and Nigeria in particular, stressing that the infrastructural deficits the country has in roads, rail, power, could not be overcome without support.

“There can’t be sustainable development without infrastructure. Our efforts should be seen in the context of lack of resources, but you do your best to support us. I wish you all the best in your final term,” President Buhari said.

The AfDB President thanked the Nigerian President and people for their support, saying he was proud to be a citizen of the country.

“Home is where dreams are born. Home is where nurturing is provided. It is where support is given for the realization of dreams. I am glad to belong here,” Dr Adesina said.

“When I came in June, you received me, and I shared my successes, and the difficulties facing me. You listened and said you would stand by me. And you did. You not only stood behind me but also beside me. No greater honour for a man than for his Commander-in-Chief to be his Supporter-in-Chief, and his Defender-in-Chief,” he added.

Adesina said Nigeria gave him air, “when I badly needed it in my lungs,” and pledged to always support the country in his private capacity, and as AfDB President.

Edo Decides: They’re rigging me out – Gov Obaseki cries out

ABOUT US
Sky Nigeria, a subsidiary of Davida Communications Limited, is an online news platform with round-the-clock report to bring National and International news as it breaks, giving you expansive coverage of leading news events of the day.
© 2020 Copyright SkyNews Nigeria. All Rights Reserved.
MORE STORIES