Highly-rated crooner, David Adeleke, popularly known as Davido has performed his first social media action a week after the death of his son, Ifeanyi.

The ‘Stand Strong‘ hitmaker who lost his three-year-old son on Monday, 31st October has maintained silence on social media as mourns the toddler.

However, in a recent development, the singer took down all posts about his ‘Are We African Yet’ A.W.A.Y Festival that was set to take place on 18th November from his Instagram page.

Other pinned posts were also yanked off the page.

A closer look also shows that he unfollowed 4 persons.

Compare the before and now screenshots below: 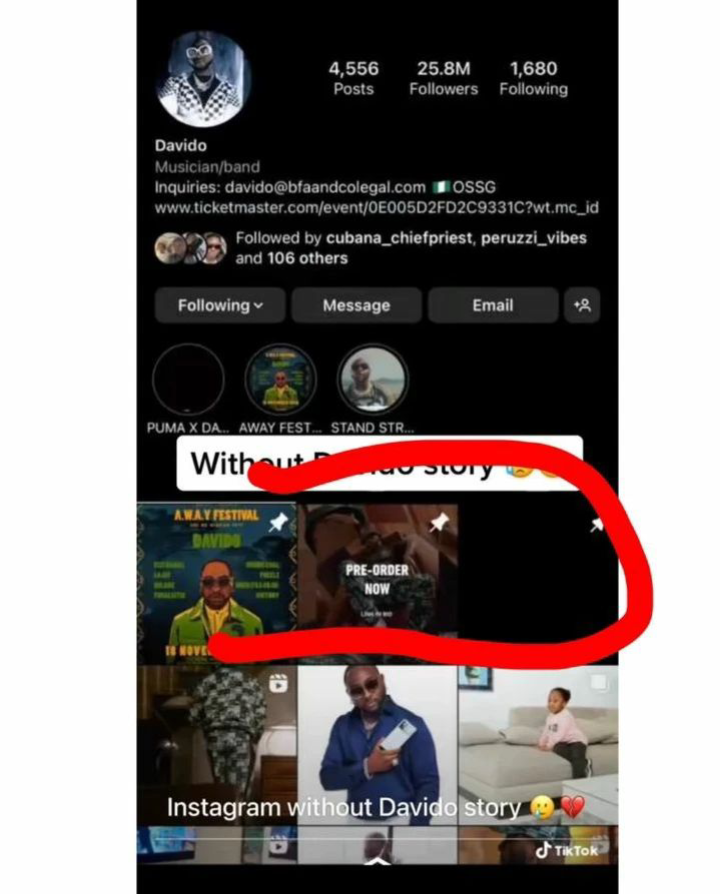 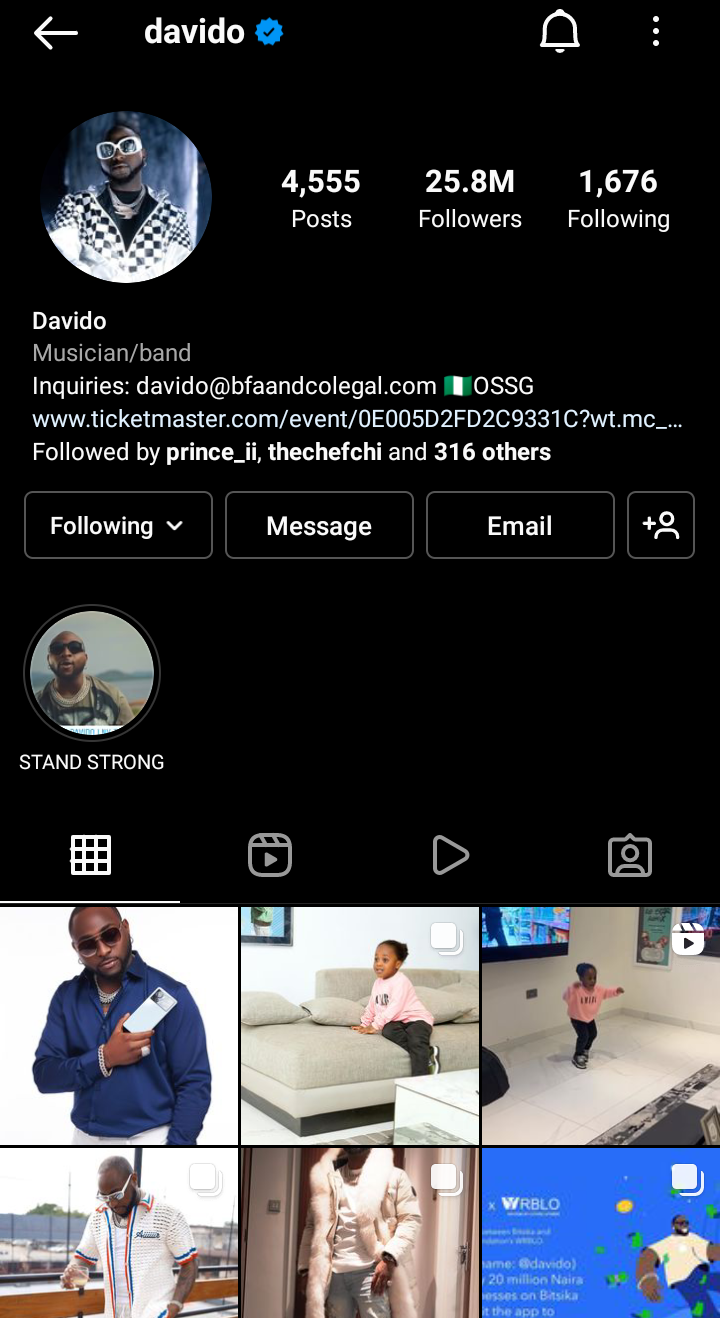 Ifeanyi Adeleke drowned in his father’s swimming pool at their Banana Island residence in Lagos State barely a week after his 3rd birthday.

The unfortunate incident ushered many Nigerians into a period of mourning.