The celebrity auto-dealer has been embroiled in several scandals following the death of his wife.

From being accused of murdering his wife, to being fetish, having numerous side chicks, being responsible for the shooting at Cubana club, amongst other accusations.

A certain blogger had alleged that Mercy Eke is one of the numerous side chics of the businessman.


Debunking the statement in an Instagram live session, Mercy Eke laid heavy curses on the blogger while debunking the rumour.

She also shared videos and receipts of her business transactions with him, as she stated that there was nothing intimate between them.

Also taking to her timeline, Mercy noted how her name has been tarnished for the longest time, however, she wouldn’t let it slide this time.

The reality star revealed that the reason she is addressing it, is because of his late wife, Bimbo. Mercy said in part:

“My name has been tarnished for the longest time, this is the first and last time I’m going to address this. The reason I’m addressing this blatant lie is because of the late wife Mrs Bimbo. These are evidences and receipts showing that I have nothing other than business transactions with IVD!!!”. 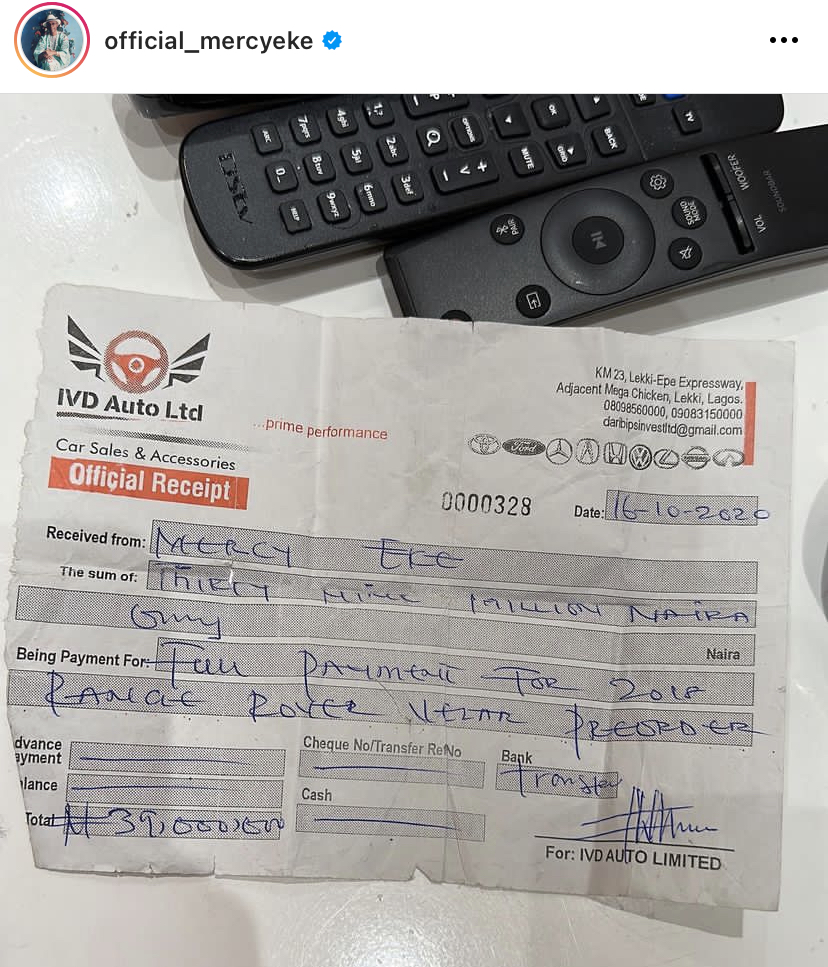 The sad news was announced by her sister, Mama Jazz, in an Instagram post on Saturday, October 15. Announcing her demise, her sister called out IVD for killing his wife.

Bimbo’s friend, Agbaosi revealed how the deceased had been at the receiving end of domestic violence and mental torture in her marriage which eventually led to her death.

She alleged that Bimbo had been carrying ‘demonic sacrifices’ for her husband, Ikechukwu Darry Ogbonna better known as IVD, to make him rich which consequently led to her seeing things and having a mental problem. For this reason, she has been in and out of hospitals for treatment.

Agabosi further claimed that Bimbo decided to back out of the ‘demonic’ ritual acts and this led to the violence against her by her husband.