The event attended by friends and families of the Nollywood star was held over the weekend somewhere in Lagos state.

Photos and videos from the event were posted on Instagram on Sunday.

The act has since sparked an uproar on social media with many condemning and criticizing the actress for choosing to disrespect her late mum. 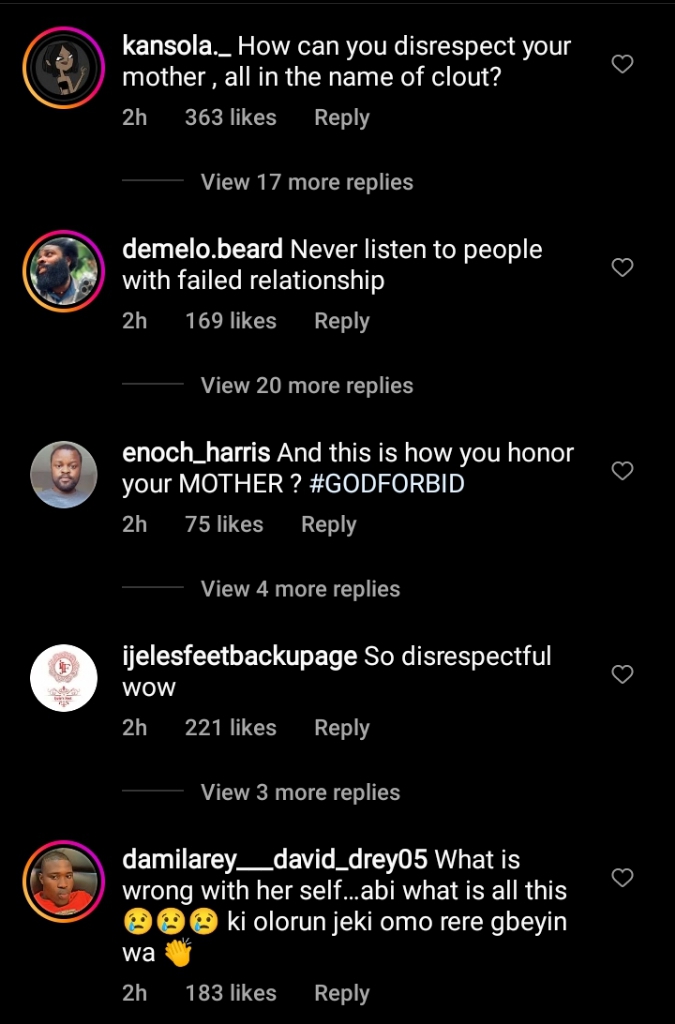 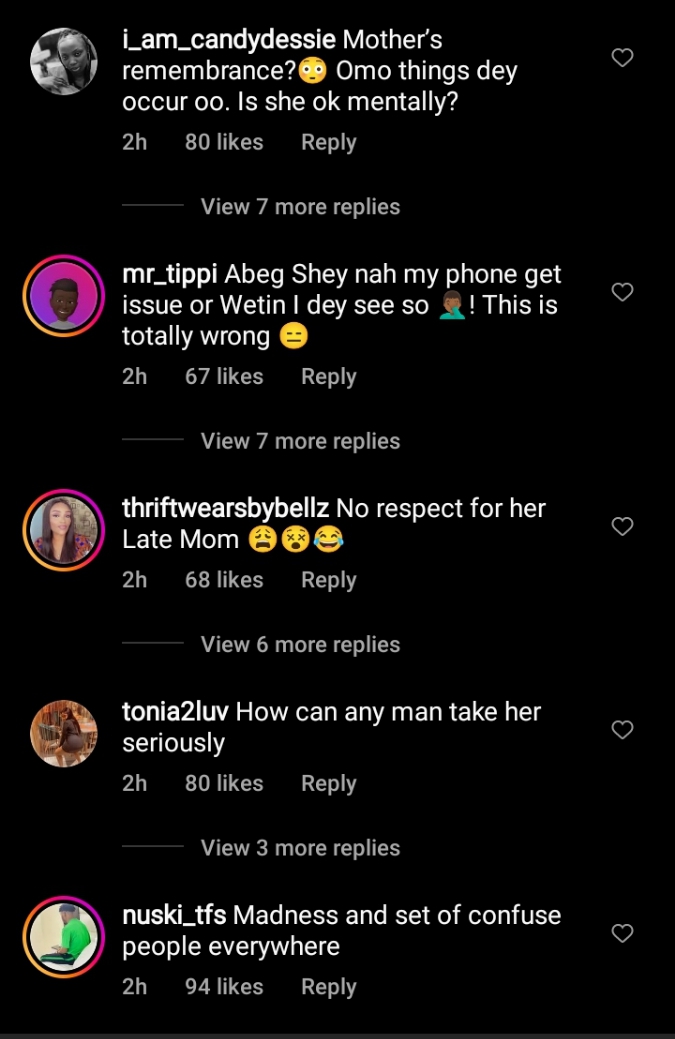