A Nigerian lady has taken to microblogging site, Twitter to reveal that Afrobeats singer, Asake used to be interested in her.

She revealed that he was wooing her when they were still in school but she had declined being friends with him.

The pretty lady known as @MarbellaSpice shared a screenshot of one of their messages where he asked for her phone number. Asake was still an up and coming artiste that was also studying at the time. In the chat, she said that she did not like how he was all around campus as an artiste. When he asked for her contact, she told him that she was not looking to become friends, that she only heard his music and liked it. 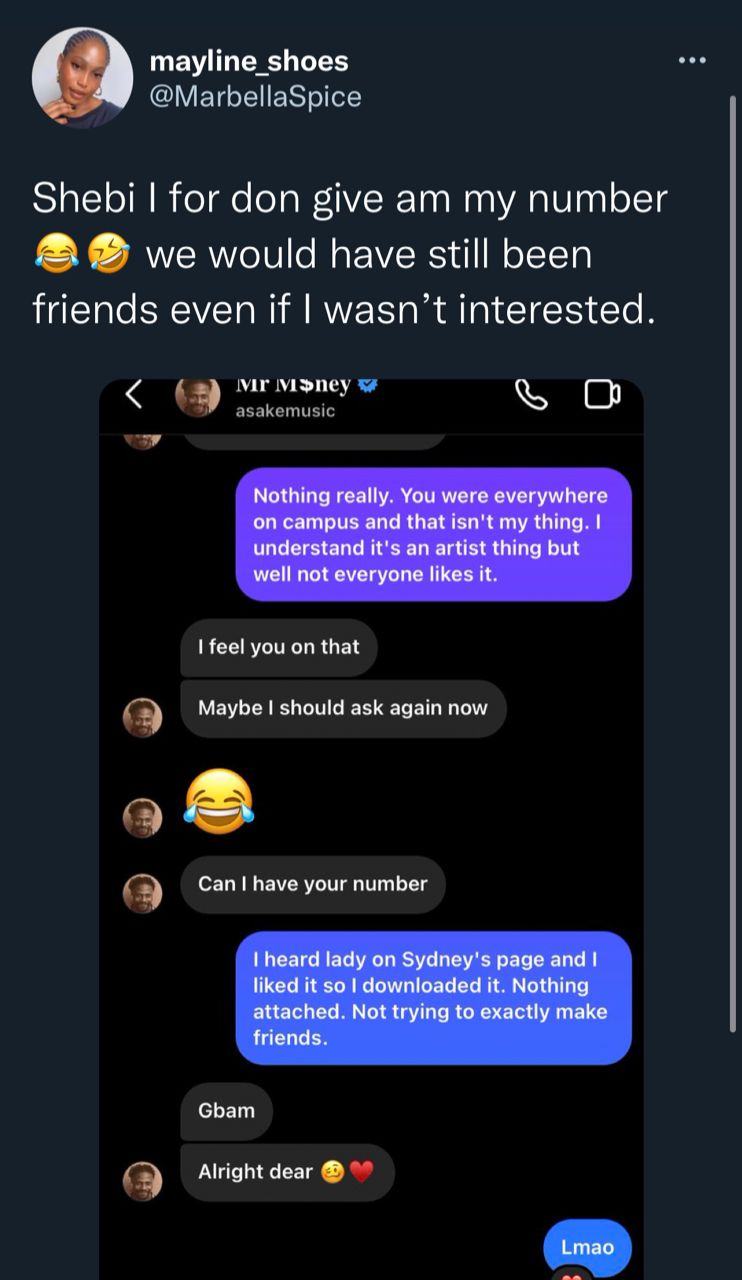 However, fast-forward to the present day and she is regretting why she refused to give Asake her number.

According to Marbella, she would have at least been good friends with Asake now if she had just responded positively.

Sharing the chat, @MarbellaSpice wrote; ”Shebi I for don give am my number 😂🤣 we would have still been friends even if I wasn’t interested.”

Shebi I for don give am my number 😂🤣 we would have still been friends even if I wasn’t interested. pic.twitter.com/97IV35EnSx